Not long ago, Craig Lapp made his living driving a truck that helped carve Southern California's soil into new developments. But then housing sales slumped, and in November 2007 Lapp's construction company let him go.

While he searched for another job, Lapp began working alongside his wife, Lynne, in a business based in their Temecula home, selling nutritional supplements made by a direct-sales company. Nearly two years later and with no construction job in sight, Lapp says a one-time sideline has become the couple's bread and butter.
"It's paying our mortgage, our car payments, putting food on the table," says Lapp, 55, who adds that he and his wife are earning a six-figure income. "It was our 'Plan B' that turned into our 'Plan A.' "

Direct-sales businesses that rely on home-based representatives are seeing their sales forces rapidly expand as the nation's unemployment rate soars to nearly 9% and those who lost jobs and nest eggs look for new ways to make money.

"We're recession-resistant in the sense that more people come to us during economic hard times for supplemental income or replacement of a lost job," says Neil Offen, president of the Direct Selling Association, the trade group that represents the largest U.S. direct sales companies.

While 2008 industry figures aren't yet available, "Anecdotally we're hearing that recruitment is up and unfortunately as the unemployment rate rises to 10% or higher, we'll be picking up more people who need an income-earning opportunity."

"Right now, our direct-selling opportunity is really the No. 1 product that we have to sell," says an industry executive.

There are roughly 15 million direct sellers in the U.S. - independent contractors who sell goods or services primarily through parties, demonstrations in someone's home and one-on-one interactions. In 2007, the most recent year available, the sales industry generated $30.8 billion in U.S. sales, according to the Direct Selling Association.

Compensation systems vary, but representatives primarily earn money from commissions on product sales or by purchasing the products wholesale and selling them at retail prices, says the Direct Selling Association. Commissions on sales typically are 25% to 50% of retail.

While representatives may also earn a small commission on the sales from representatives they've recruited, legitimate businesses do not use recruitment alone as a basis for compensation, the association says.


Denise Ruiz-Cabrera, 31, of Branchburg, N.J., was nearly five months pregnant in March 2008 when she lost her job as a corporate recruiter. She could not find a new job.

"I exhausted almost every single contact that I had," she says of her search. "I think people in these times, we're hungrier than we used to be," says Ruiz-Cabrera, who has made as much as $1,000 a month with her company. "I had jobs lined up in the pipeline that all fell through because of the economy, and I focused all that energy on my business and in three months I've built something that looks to be pretty promising."
Direct selling is a fluid industry, with only 10% of representatives working "full time," or at least 30 hours a week. Many work only long enough to meet short-term goals, such as holiday presents.

But some who work in or watch the industry believe the severity of this recession may cause more sellers to stick with it, even when the economy rebounds, at least as a way to supplement their income.

Another company executive stated, "With this economy, people can't take their jobs for granted anymore. They have to have another alternative, so if something does happen, this is their safety valve."
Posted by Your Health in Your Hands at 3:58 PM 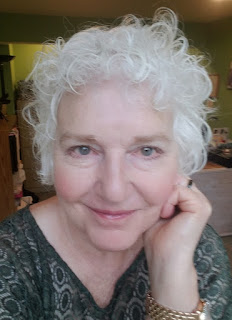